One of the primary complaints of Congress MLAs was that seeing CM Amarinder Singh, who was flanked by a posse, was difficult. 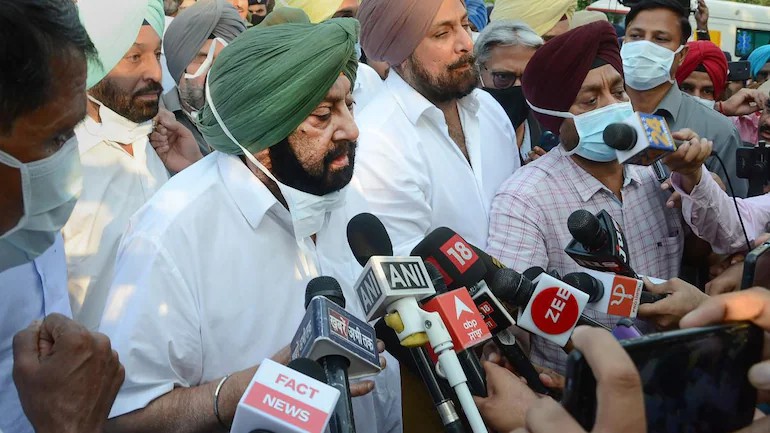 Months before the Punjab Assembly elections, we provide you the reasons why the Captain was asked to leave.

The Congress increase managerial in Punjab on the promise of eradicating the drug problem and bringing the guilty in the sacrilege case to justice. Despite the passage of four years, the sacrilege cases continue to linger. The Punjab and Haryana High Court gave former chief minister Parkash Singh Badal a clean chit in the Kotkapura police fire on protesters protesting against the sacrilege at Bargari, where torn pages (angs) of the holy Sikh book Guru Granth Sahib were discovered on October 14, 2015. PPCC chairman Navjot Sidhu criticized Amarinder for mishandling the probe, which was dismissed by the High Court after he departed the Cabinet in 2019 following a reshuffle in which he was stripped of his job.

The Justice Ranjit Singh Commission, which Amarinder had established in 2017 to investigate sacrilege events, had already clearly implicated the Badals for protecting the Dera Sacha Sauda, but no action was done.

One of the causes for Amarinder’s downfall was the notion that he was easy on the Badals.

During a rally in Talwando Sabo in the run-up to the 2017 elections, Capt Amarinder swore an oath on a gutka (holy book) to eradicate the drug scourge from the state within a month of entering office. Despite the fact that a huge number of charges have been filed against drug dealers, the public impression is that the big fish are still free.

One of the primary complaints of Congress MLAs was that meeting the Chief Minister, who was flanked by a posse, was difficult. It’s an allegation he’s faced before, during his former term. But things became worse this time when he stopped travelling to the Punjab civil secretariat in Chandigarh and relocated his family out of the city to a farmhouse on the outskirts.

People used to having sangat darshan (public audience) with chief ministers, whether it was Akali Parkash Singh Badal or Congress’s Beant Singh, were irritated by his inaccessibility.

‘The Government Has Outsourced To Bureaucracy.’

Legislators from all around the state protested to Congress that the administration was governed by bureaucrats. Amarinder nominated Suresh Kumar, a 1983-batch IAS official, as his chief principal secretary, a position similar to that of a Cabinet secretary in the central government, shortly after assuming office in March 2017. Kumar resigned when the appointment was invalidated by the High Court, but the CM refused to accept his resignation, and the government is appealing the High Court decision. Many regarded Kumar as a power center and disliked his presence in the secretariat in the absence of the chief minister.

The prevalent complaint in the districts was that the Badals had kept their power in the officialdom. MLAs in Congress claimed that the government did not address their issues.

The Congress party commissioned external studies in Punjab, which revealed that the chief minister’s popularity had dwindled, casting doubt on his capacity to lead the party to victory in the 2022 assembly elections.

The Game of Numbers

The Majha brigade of three ministers – Tript Rajnder Singh Bajwa, Sukhbinder Sarkaria, and Sukhjinder Randhawa — managed to unite the majority of lawmakers against the CM, led by PPCC chairman Navjot Sidhu. They wrote letters to the high command on many occasions and even requested an appointment with Sonia Gandhi. Despite the fact that Sidhu was selected as the PPCC chairman by the high command in July after the three-member Kharge panel met with all lawmakers in June, the two factions were unable to work together. The last straw was a letter to Sonia on Wednesday, signed by over 40 lawmakers and four ministers, requesting a CLP meeting.

Uttarakhand Glacier Burst 2021: 26 Dead and 150 People are Missing
Uttarakhand Glacier Burst: Reasons That Triggered the Tragedy and Tota...
List and Names of Popular Punjabi Male Singers of 2022
Curfew Continued for the Ninth Day in Kashmir
26 January Speech, Essay, Bhashan, Anchoring Script in Hindi
What Everyone Ought To Know About Black Fungus Spreading Rapidly in In...
Tags:Captain Amarinder Singh · Punjab