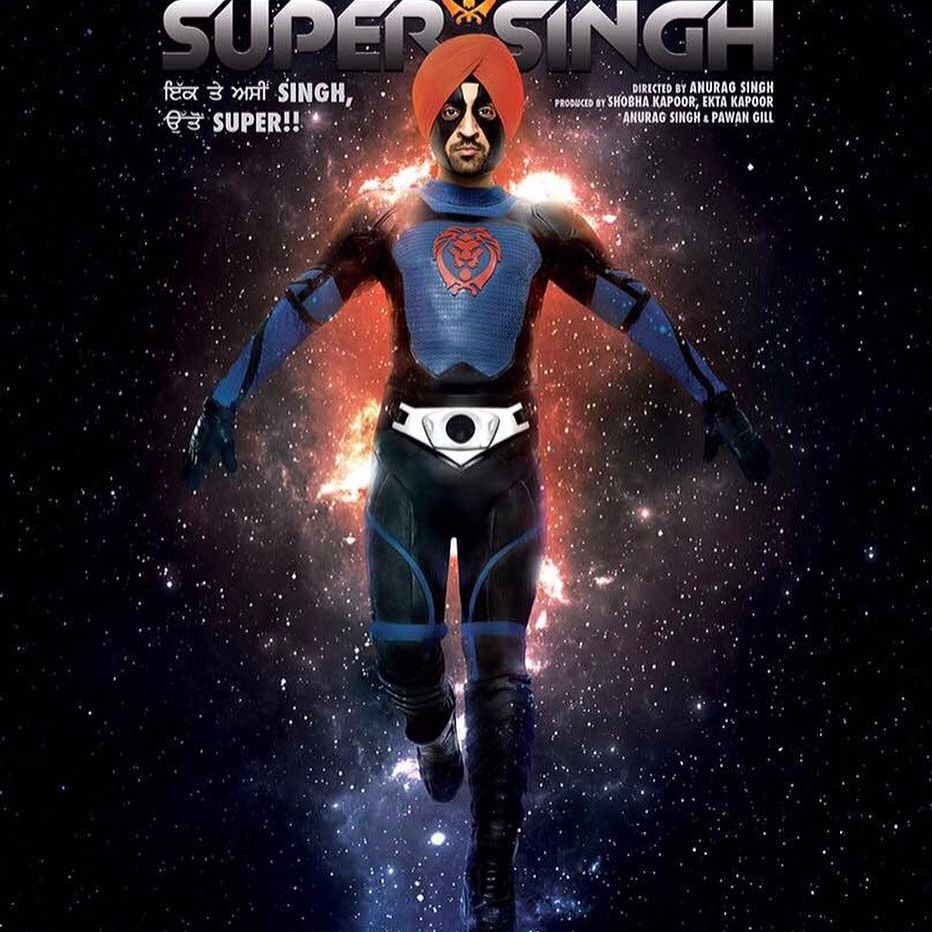 Diljit Dosanjh is one of the wise actors who accepted into the Bollywood film industry in a short period. 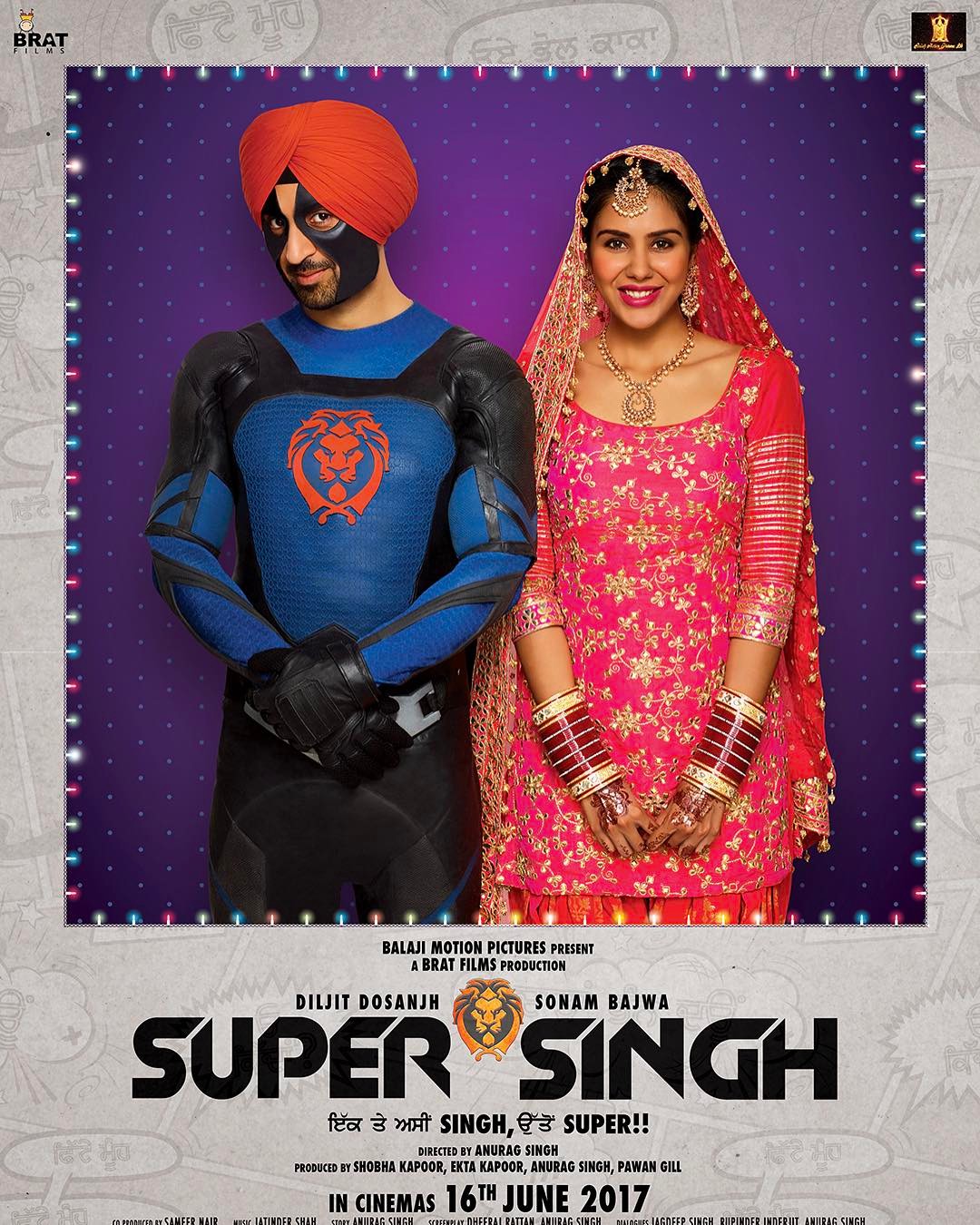 In the poster, Diljit Dosanjh wore a red turban, black mask, blue, black superhero suit with lion symbol on the front chest side and wearing black gloves. On the other side movie actress Sonam Bajwa with her cute smile seen as a Punjabi bride who wore a beautiful orange designer Punjabi suit.

While most actors are taking up reality TV Shows as judge, some feel that it’s too early for a beginner as Diljit to judge the singing reality show.

Another of his film “Phillauri” with Anushka Sharma received mixed reviews.

The film directed by Anurag Singh and Produced by Balaji Motion Pictures. The film also features Sonam Bajwa as a lead actress.

Recently released “A Flying Jatt” similar “superhero” movie, where Tiger Shroff himself played the superhero himself, but he failed to impress the audience.

“Super Singh” will be released on June 16.