Lamborghini India on Friday launched the newest avatar of a baby sportscar called Huracan Performance at Rs 3.97 crore. The supercar was unveiled at the International Motor Show in Geneva last month and the Italian supercar maker believes that India is ready to adopt the beast.

The Huracan Performance comes with 5.2-liter V10 naturally aspirated engine, but it’s 40 kg lighter than the standard Huracan. Lamborghini has tuned the Performance for more power; 640 horsepower to be precise. The motor through the Seven-speed dual-clutch automatic transmission sends 600 Nm of torque to all four wheels, which helps achieve Lambo from 0 to 100kph in 2.9 seconds.

Performance uses the Aerodinamica Lamborghini Attica (ALA), which adapts to the driving style and type of route. 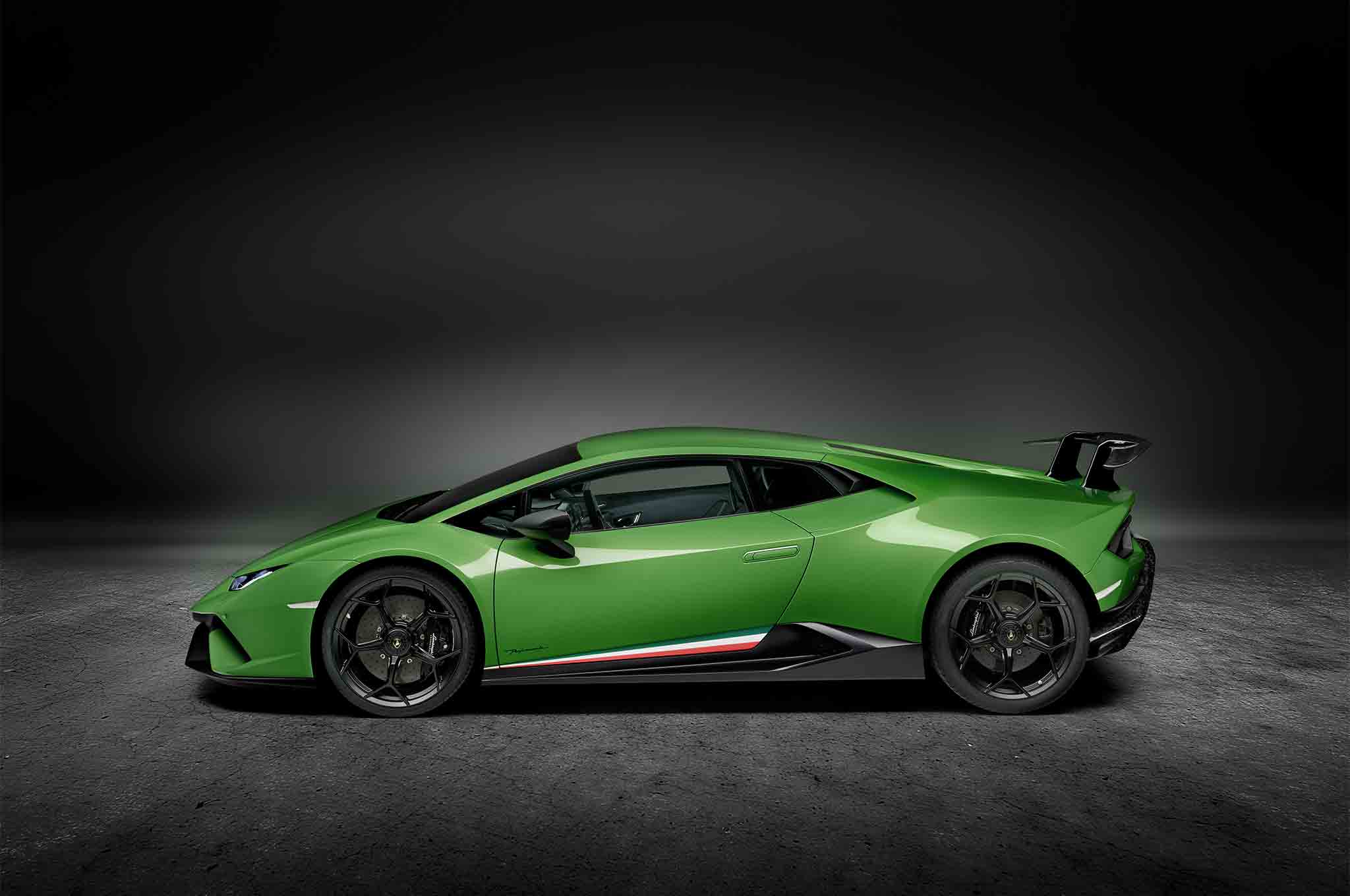 Lamborghini Huracan Performance boasts to have defeated the Porsche 918 Spyder record to the lap time of 00:06:52:01 at the Nurburgring, making it the fastest production car to hit the streets from a dreaded track. Its maximum speed is 325 KPH.

One has 25 body colors to choose from six variants of brake calipers, seven variants of light alloy wheels except for the exterior style package. The tuning design can be carried out in the cockpit, which is equipped with a fighter-jet cockpit.