Google has just announced a Google Maps update that will be very useful for areas or countries that prone to disasters. More specifically, the new feature is used to spread information during natural disasters. 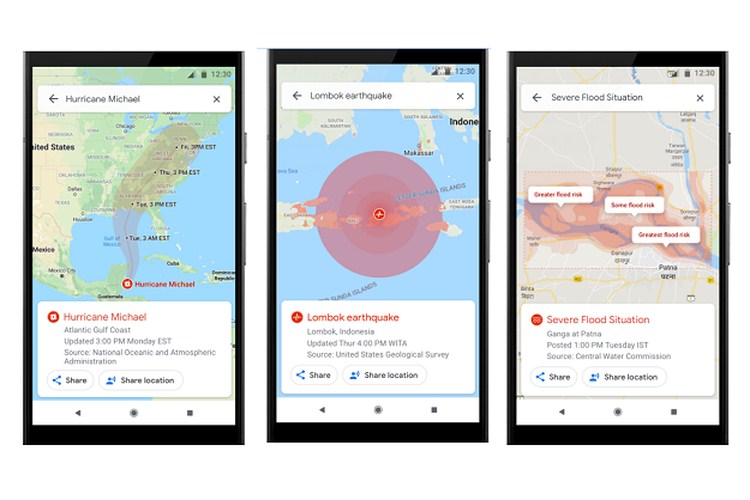 Some users have reportedly found the feature. Updates added in the form of visual information during natural disasters.

Google uses a new navigation system warning to give instructions to users, so as to avoid the location of the disaster.

This SOS alert will provide concise information about whatever is happening, ranging from news relevant to events, emergency numbers, as well as the latest information from the local government.

There are three categories of disasters that Google Maps will display, namely storms, earthquakes, and floods.

The day before the storm hit, an automatic warning will appear around the area, which is predicted to be affected.

Map is linked to a storm vortex forecast that predicts where the trajectory and the time of the storm occur. While for earthquake disasters, this feature will display a map of the earthquake or epicenter of the earthquake and also its magnitude.

The map is visualized with a red line to show the intensity of the shock in a particular area. For floods, warnings will display information on where the predicted location is flooded, as well as the severity in some areas.